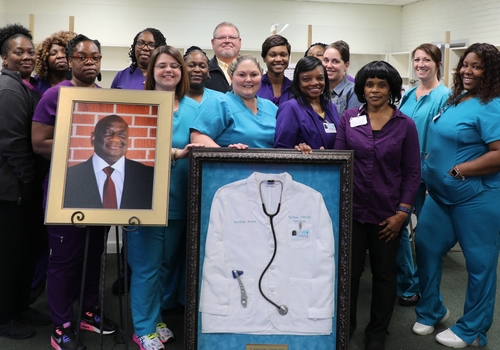 At the ceremony a portrait of Brown was unveiled as well as a shadowbox containing Brown’s medical items. These items will be displayed at the Latta site, where Brown worked for nearly five years.