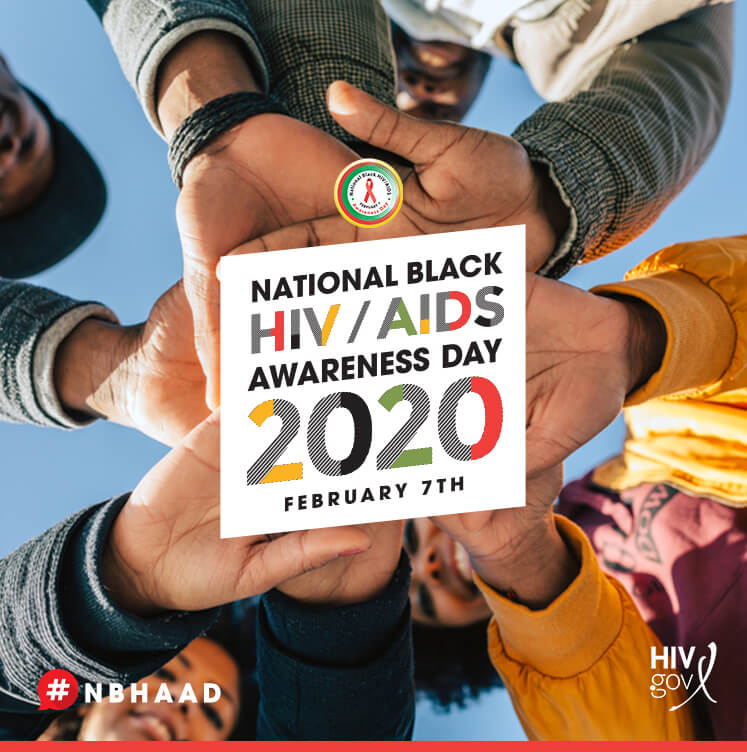 Every year, on February 7, individuals and organizations across the nation participate in National Black HIV/AIDS Awareness Day (NBHAAD) to promote HIV prevention, testing, treatment, and community involvement in black/African American (hereafter referred to as black) communities.

Year-round, organizations across the country take part in collective efforts to address HIV.  On the awareness day, many of those efforts are highlighted in the media, online, and on the ground in communities across the country. It is an annual opportunity to help reduce HIV among African Americans by promoting HIV prevention, testing, and treatment.

National HIV prevention efforts are reducing the burden of HIV infection among some African Americans, but more progress is needed. The Centers for Disease Control and Prevention (CDC) reports that in 2018, blacks/African Americans accounted for 13% of the U.S. population but 42% of the 37,832 new HIV diagnoses in the United States and dependent areas.

This year’s NBHAAD theme, “We’re in This Together,” highlights the importance of social support—from friends, family, colleagues, and partners—when addressing HIV in the black community.

Partners and organizations can use the “We’re in This Together” theme as an anchor phrase to highlight ways to support various efforts from testing for HIV to speaking out about stigma in the black community.