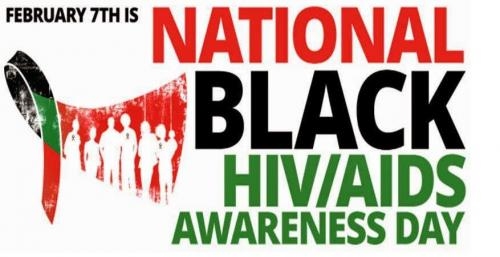 National Black HIV/AIDS Awareness Day (NBHAAD) is observed annually on February 7 to increase awareness, spark conversations, and highlight the work being done to reduce HIV in Black or African American communities in the United States and show support for people with HIV in these communities.

Blacks/African Americans account for a higher proportion of new HIV diagnoses and people with HIV, compared to other races/ethnicities. In 2018, Blacks/ African Americans accounted for 13% of the U.S. population but 42% of the 37,832 new HIV diagnoses in the United States and dependents areas. Most of those new cases were among men, according to the CDC.

In 2018, there were 6,678 deaths among Black/African American people with diagnosed HIV in the U.S. and dependent areas.

It is important for Black/African American people to know their HIV status so they can take medicine to treat HIV if they have the virus. Taking HIV medicine every day can make the viral load undetectable. People get and keep an undetectable viral load (or remain virally suppressed) can stay healthy for many years and have effectively no risk of transmitting HIV to their sex partners.

Prevention (According to NIH.Gov)