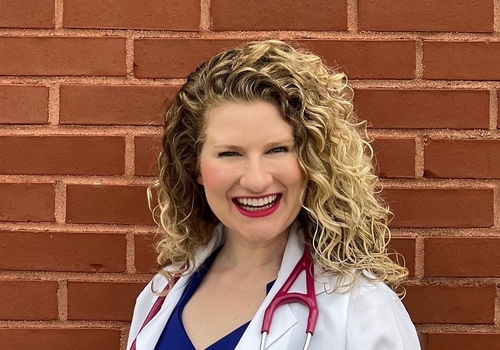 CareSouth Carolina welcomes Internal Medicine Physician Catherine Compton, D.O. to its Bishopville Center, located at 545 Sumter Highway in Bishopville, S.C. Compton, who is originally from Kansas, attended Edward Via College in Spartanburg, S.C., where she earned her degree in Osteopathic Medicine.

Compton says she knew “at age 11” exactly what she wanted to do in terms of her career and was willing to put in the extra time it takes to become a D.O. “I ultimately chose D.O. over M.D. because they tend to focus more on the whole body and more holistic elements of medicine and we receive an additional 200 hours of training in osteopathic medical manipulation,” she said. “So really an understanding of the bones, and the fascia, and the tissue and how it works together.”

Compton treats a wide variety of medical issues and says she looks forward to educating patients in Bishopville. “Things that really affect rural populations – diabetes, hypertension – those are things that can really be adjusted by diet and lifestyle. I really like to treat diabetes, hypertension, acne, rosacea and migraines,” she said. “Education is a huge issue. Diet, exercise and what those things mean. For example, a lot of patients think they’re being healthy by eating a salad – but then they add a lot of cheese, ham, the dressing. So at the end of the day there’s no nutritional value to what they’re eating,” she explained.

In her free time, Compton enjoys baking, gardening, painting watercolors and taking long walks outside with her two dogs - Gryffin, a Golden Retriever, and Puff, a Great Pyrenees.